How To Cook Wild Duck Breast

How to cook wild duck breast. First things first, did you keep the skin on?  I get it, it’s easier to breast them out without the skin but you are seriously missing out on the best part. If you don’t have skin, grillin’ is the best. If they're mallards, the breasts could probably do 3 mins on each side on a hot grill. Then rest for 20 mins. if they have skin, you need to render it out. First, score the skin making large triangles w the cut and make sure you cut to the end so the ends don't curl up. Then put them in the largest pan you have so there's lots of space in between the breast. Put the stove top on the lowest heat and after about 30 mins you'll see the fat melting out. This takes about 90 mins at least.  If you turn the heat too high and try to rush this, there's a weird chemistry that happens and it won't render. You can also help this process by putting tin foil loosely over the top of the breasts in the pan and add some weight like cans of soup or an iron or something to weight the skin down to render the fat out. after 90 mins, the fat will be out, and you'll have crispy-ish skin. Pour the fat into a little cup to keep for cooking eggs (duck fat is the best for cooking). Take the breasts and if the skin isn’t completely crispy (90% of the time, this is the case), you need to put them under the broiler for 30 seconds. When I do this, I don’t put the breasts directly on the sheet pan, I put them on a rack in the sheet pan. That way, the remaining fat drips onto the sheet pan and doesn’t catch fire (I learned this the hard way). After 30 seconds (and you have to watch this, I take in and out of the broiler to make sure I don’t burn the skin) pull the breasts out, set them aside to rest at least 20 mins. You may be wondering about the bottom side of the breasts which haven’t been on any direct heat..I know, weird, but if you cook the meat side directly on heat of these tender morsels it will toughen the meat and it’s no Bueno. So, just let it rest and the outcome will be perfectly pink.

Now for the sauce, you will need:

In the saucepan that you used to render the fat, melt 2 tablespoons of butter. Throw in shallots sliced and cook over low/moderate heat, stirring occasionally, until softened and lightly browned, about 8 minutes. Add red wine, vinegar, sugar and simmer until reduced by half, 3 to 5 minutes.  Remove from heat and whisk in the remaining 1 tablespoon of butter.  Season the sauce with salt and pepper.

Slice your duck and it should be super red like you would want your steak. Pour sauce over this. if you want to really knock it out of the park, turn your oven on broil and put the duck skin side up directly under so it starts to crisp, and it will flame up. This will crisp the skin and will only take another minute. If you do this, I’d put the sauce down on the plate and the sliced crispy duck breasts on top with the crispy skin so it doesn't get un-crispy under the sauce. EASY PEASY. 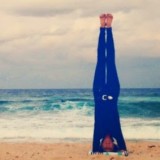 How to shuck clams the right way

Having the right tools to do any job saves time and makes the job easier. That surely holds true for opening clams and oysters. Celebrating Father’s Day Although Your Heart Is Breaking.

TUNE IN AND HEAR WHAT’S GOING ON!

Every now 'n then, we have something interesting to share.

So, go on, sign up to receive our broadcasts.

We’ll do our best to make ’em worth your while. We ain't much for useless chatter, so you'll only hear from us when we've got something interesting to say.