I was born into a tradition of Watermen. My father and uncle were members of one of the oldest state pilot organizations in the nation.

Day or night, when it was time to “take a turn” they would set off to ply the waters on the Delaware Bay and River, covering some 130 miles from southern Delaware to north of Philadelphia. The ships they guided through the narrow channels and tight passages were huge — some the length of four football fields and 15 stories high. I was in awe of them, both my father and uncle, and the ships they carefully guided to safety.

As a young boy growing up around these strong but quiet Watermen, I knew the ocean would play an important role in my adult life. After a year at Boston College, I earned an appointment to the U.S Naval Academy in Annapolis, MD where I played basketball, became the Captain of the Rugby Team, and studied English (mainly, because it meant spending less time in the basement labs).

At the end of the 4 years, I earned one of 20 spots and was sent to attend Navy SEAL training in Coronado, CA. I knew it would be brutal, but I liked the challenge. And with a Waterman’s blood in my veins, how could I not be attracted to the maritime special operations elite?

At the end of the 6 months, the 33 of us standing at graduation had all gained a unique appreciation for cold Pacific saltwater. And we had seen the empty spots where 100 other strong and capable candidates would have been, had they not rung the bell – some for physical shortcomings or injuries, but many because they just didn’t want it bad enough.

The course mantra “It pays to be a winner” resonated with the hard lessons my father and uncle had taught me. I finished as the class Honor Man – the best physically and tactically as recognized by staff and peers alike in an already exclusive club. Quitting was never an option for me.

After nearly a year of additional training in different locations throughout the U.S., I earned the right to wear the gold badge of a Navy SEAL. I spent a total of 9 years as a SEAL and led two 6-month overseas deployments. When not leading my platoons, I was continuing to challenge myself on the highly competitive San Diego triathlon circuit. I also led our Navy’s world championship Naval pentathlon team.

As a byproduct of my exposure to Western Pacific culture, I discovered outrigger canoeing. What started as a diversion – a way to socialize with the locals and add a third daily work-out – became the ocean’s way of reminding me of my roots. First as a paddler, and then a steersman, I competed in events throughout Hawaii and California.

In 2000, like most of the planet, I didn’t foresee 9/11 or the Global War on Terrorism that would so heavily call on the “diplomatic skills” of my Navy teammates for the next 20+ years. Rather than continue a career with the potential for the highest levels of command – but almost certainly ever-further from the tactical level that I loved – I decided to tackle a new challenge. After leading teams through 3 Eco-Challenges in Morocco, Australia, and Fiji, it was time to pursue an apprenticeship in the family craft.

A healthy dose of grit and determination were required as I sought to earn the respect of the tight-knit community of river pilots – many of whom are as hard as the barnacles on the pilothouse pier. While my intimate understanding of saltwater didn't hurt, it also didn’t give me a pass when it came time to flawlessly reproduce a chart depicting every one of the navigation aids, all water depths, and critical landmarks on the Delaware Bay and River as well as the Chesapeake and Delaware Canal. Hard-won humility learned in a military academy plebe year and again in the crucible of SEAL training proved useful during the four-year aquatic pledge period required to attain a river pilot's license and membership in the association. The standards are unflinching - family lineage or not.

Now, after 20 years, day or night, I climb from a pilot’s launch up a 40-foot rope ladder to my “office” – a ship’s bridge, bathed in sea air, from whence I’ll guide her out to sea or back home to port. I live in synch with the rhythm of the tides and have learned to interpret coastal weather patterns with nuances that only a fellow Waterman could appreciate.

When I’m not on the water, I’m able to actively participate in raising my two sons – just like my father and my uncle were there for me. I’m also able to share some leadership insights with others through a consulting role with FMGLeading. While it was a meandering path to the family calling, I can’t think of a better way to spend my days. 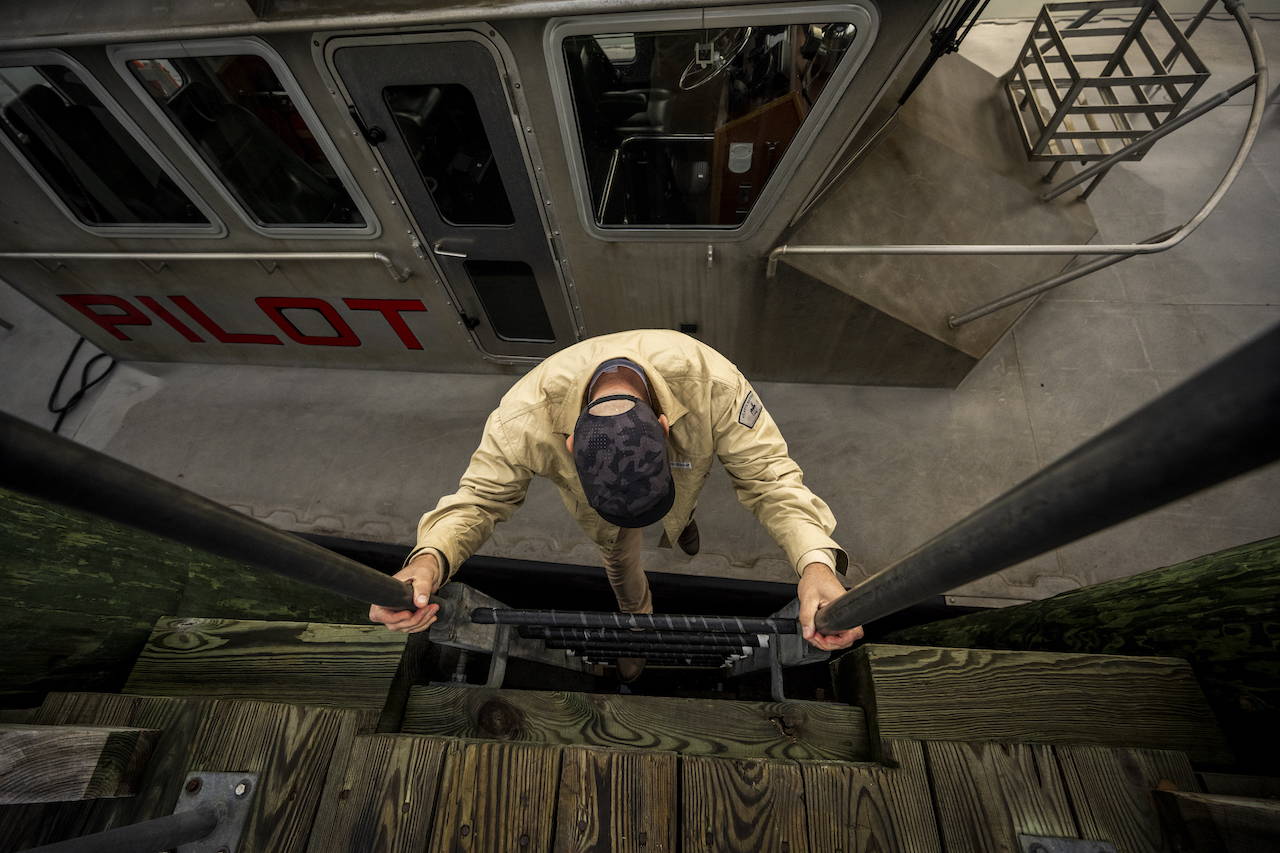 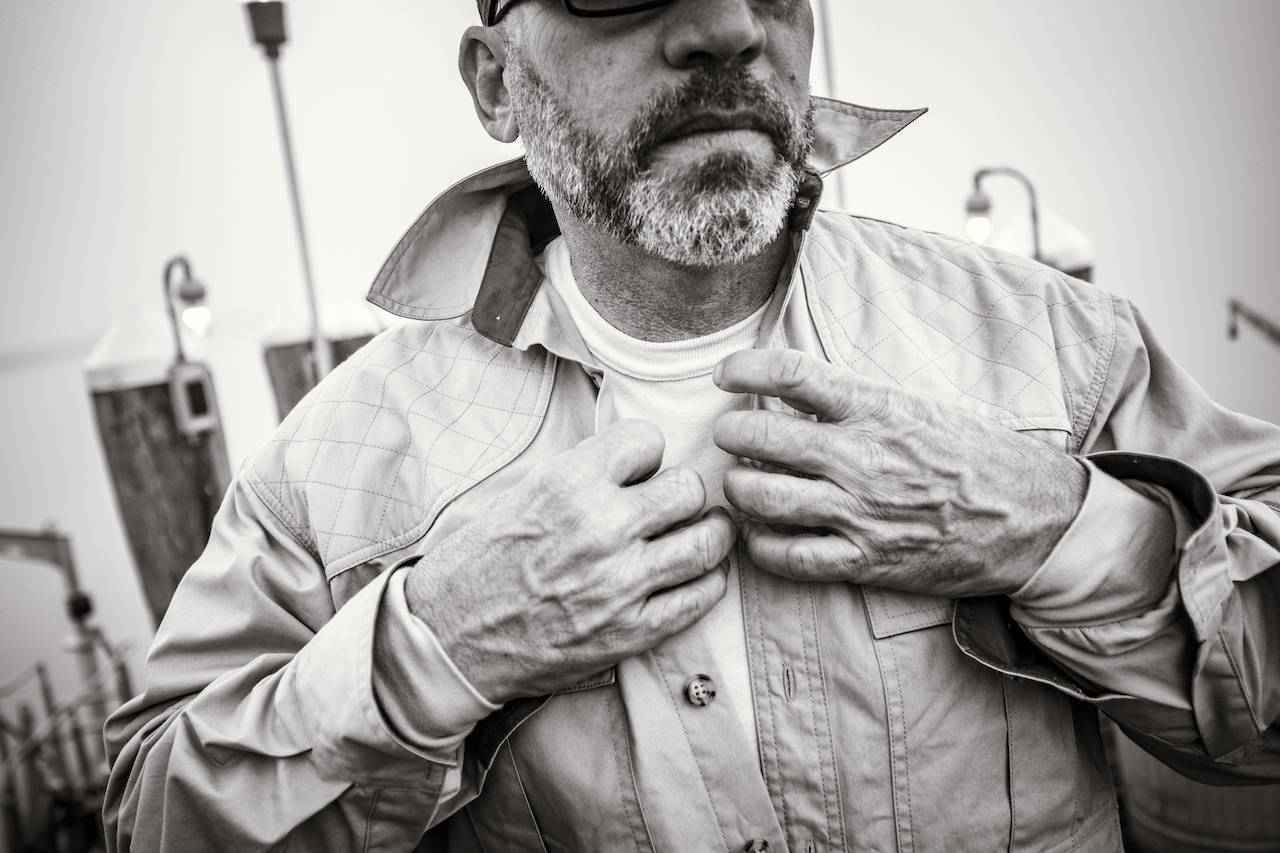 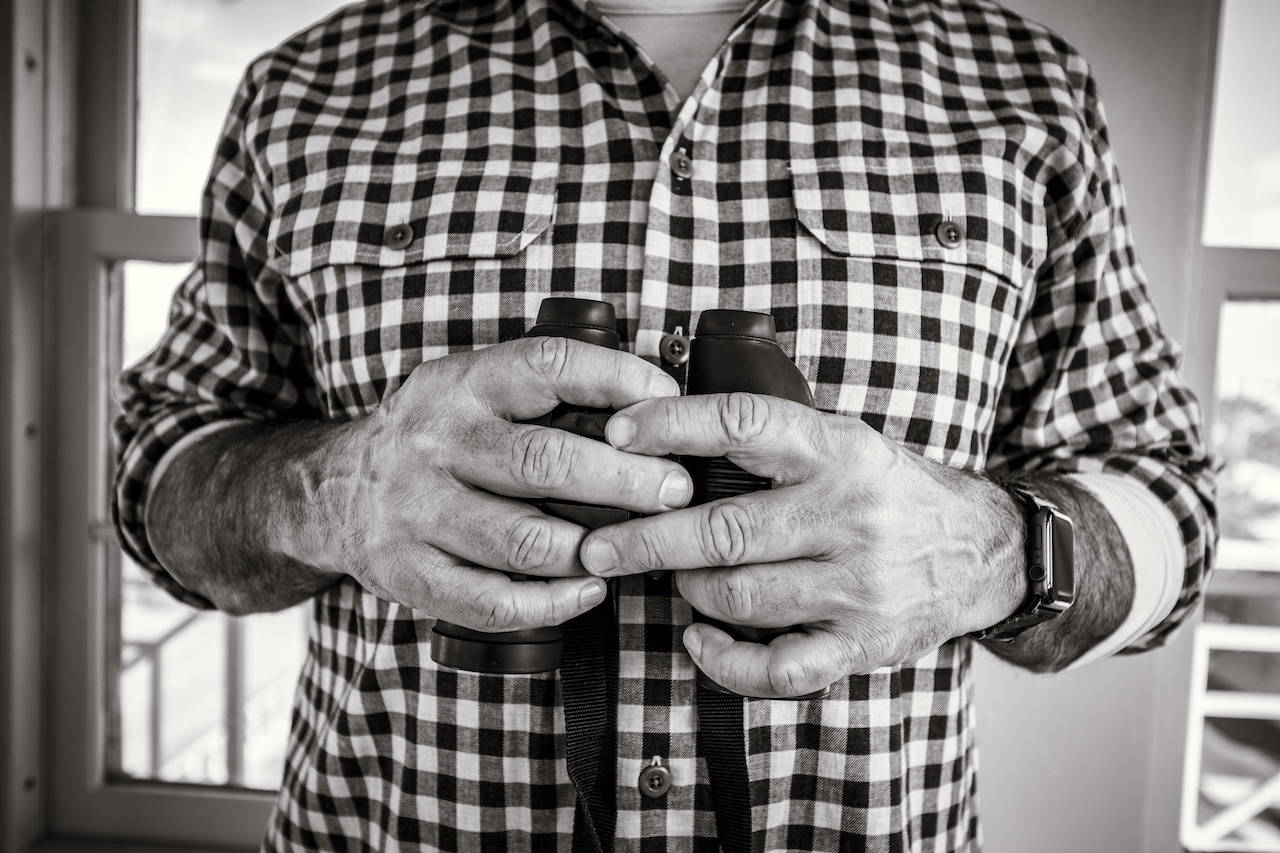 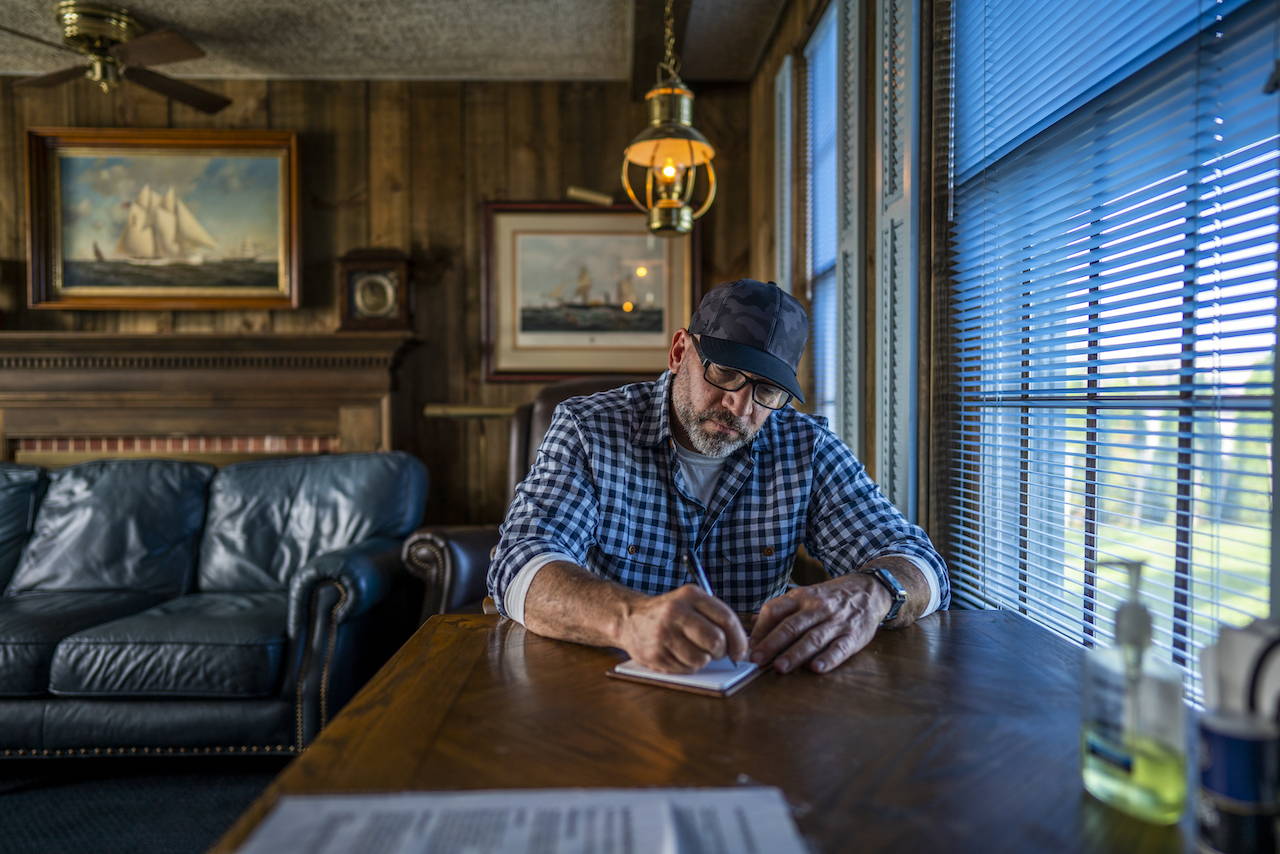 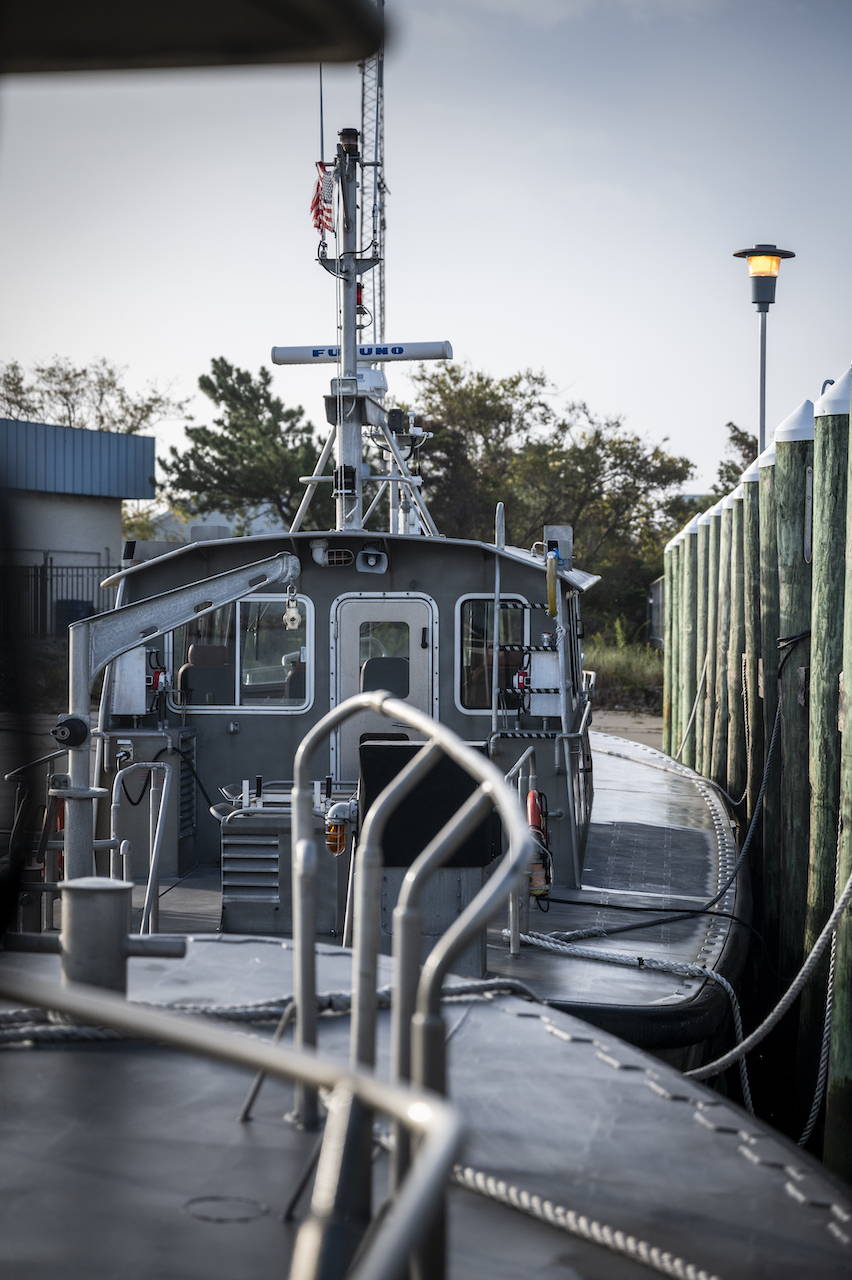 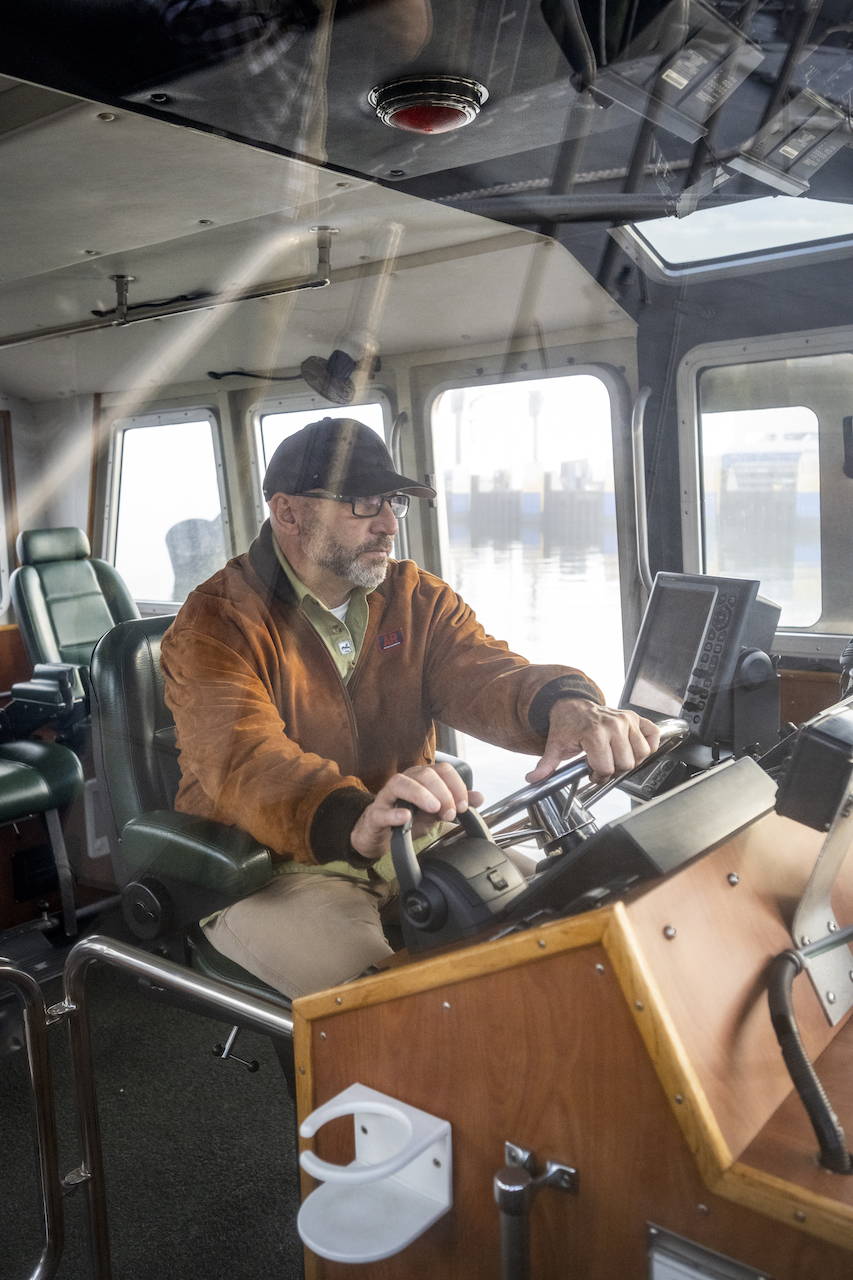 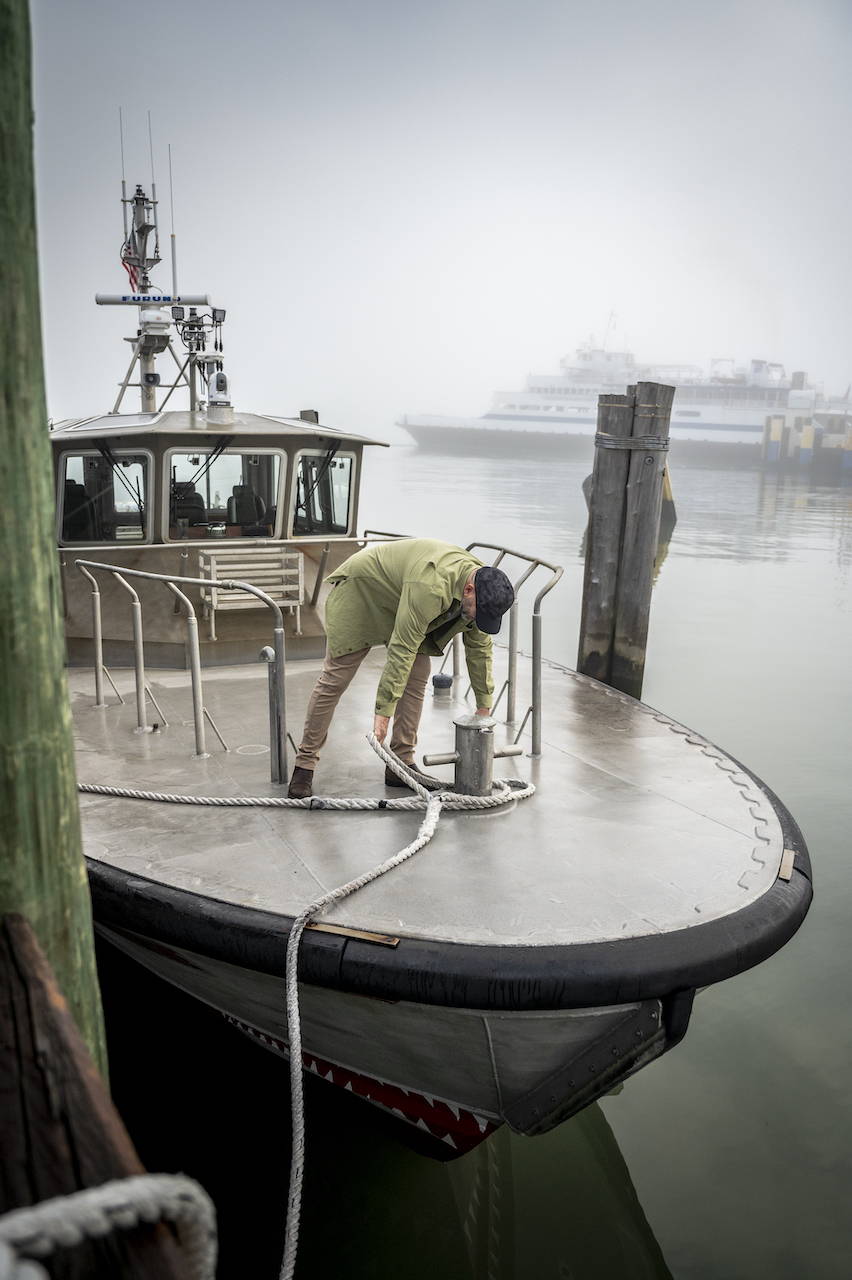 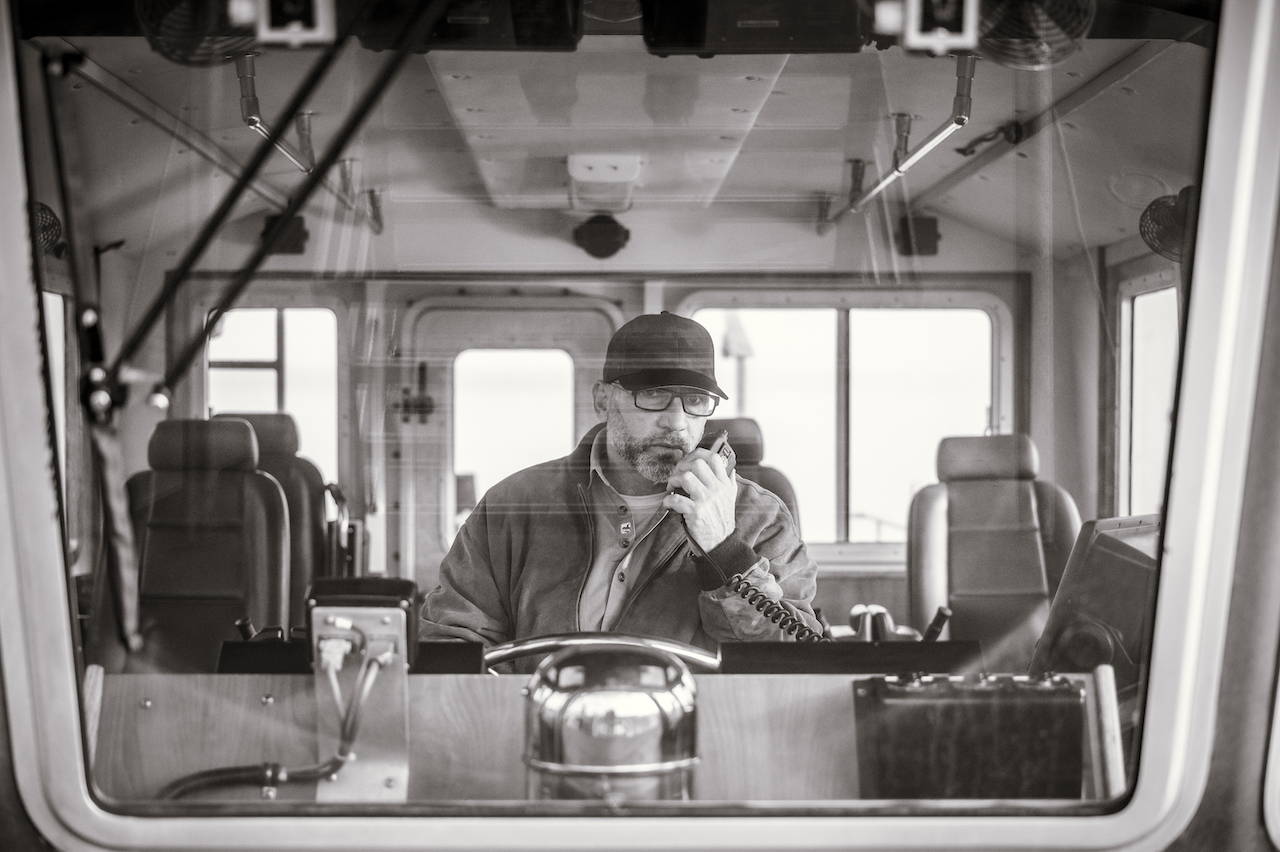